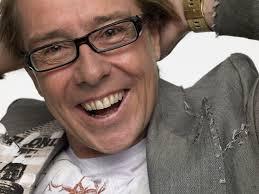 They have won 27 MO Awards and were inducted into both the Australian MO and ACE Award Halls of Fame for excellence in the field of entertainment. Apart from performing throughout The United States their proudest achievement is having had their own show on the prestigious Las Vegas Strip.

Scott’s solo career has been diverse from co-hosting Radio Wave FM’s Breakfast Show, to playing a lead role in the world tour of the musical “Cats”in South Korea,playing and fooling the audience that he is a hypnotist from Prague in the show “Hypnotwist”(recently performed at the Don Bradman Gala Dinner at the SCG and in Singapore) The past 3 years has taken him to India,Vietnam, Bangkok,Phuket, Tokyo, New Zealand,Hong Kong (Macau),Shanghai ,Kuala Lumpur and Singapore to sing Opera with the internationally acclaimed humorous corporate shows “ The Three Waiters”and “Tenors Undercover”. Recently Scott produced the show “A Night of Pure Imagination with The Phantom and Special Guests.”

Personal career highlights( in various shows) include performing for Prime Minister John Howard and his wife Janette,performing numerous times for former Australian of the Year Dick Smith, having a drink with Oscar winner Russell Crowe after a performance in San Diego (The Americas Cup) ,sharing the stage with the actor Florence Henderson (Carol, Mother of The Brady Bunch)..especially hearing “the goss”about what really happened behind the set , performing for both luxury ships the QE2 and The Queen Mary and performing at the APEC opening Gala Dinner for the world leaders in Sydney 2007 in “The Tenors Undercover Show”.

Other solo career milestones in Scott’s life are;

• Recently honoured by being nominated and included in the MO Award top 5 finalists for Australia’s best male variety vocalist.

Scott’s recent performances include the Sept-Oct Helmut Lotti Australian Tour and a performance for Prince Edward!

Scott played a leading role in the new Australian Musical called “Beauty” at the Parade Theatre ,NIDA in Sydney July-August 2010.

In September 2010 Scott was a featured vocalist on the concept album for the new musical “Morgans Run” created by famous Australian writer Colleen McCullough and celebrated composer Gavin Lockley.