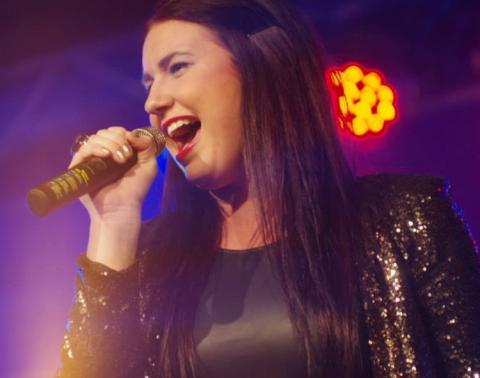 Emily Markham is the next big thing to happen to the Australian country music industry! Emily is a singer, a songwriter, as well being accomplished in the guitar and keyboard.

Beginning singing lessons at the age of 7, Emily’s passion for all things music began to grow. Picking up the guitar at the age of 12 allowed Emily’s songwriting abilities to strive and with the addition of the keyboard to her knowledge she has been able to grow into the music she now performs and writes.

She graduated from the Academy of Country Music junior course in 2011. After the Academy Emily performed at the Darling Harbour convention centre, at the request of Amber Lawrence, for the Special Olympics Variety Dinner.

Emily Markham was an integral part of the highly successful South Coast Divas, as one of the divas. Emily is also regularly invited to perform for the South Coast Country Music Association at many of their functions.

This conviction and connection in her performances was rewarded recently as she took out 2012’s todayscountry94one Brand New Star competition on the central coast. This lead to Emily receiving a scholarship to attend the highly acclaimed Senior Academy of country music in January of 2014, where she performed with and learnt from some of the industries most respected professionals.

The energy and enthusiasm Emily encompasses when she performs had lead to her gaining titles of most outstanding performance and senior overall at numerous major competitions within the country music industry.

Recognition has arrived for Emily, with being offered and accepting a support act for the one and only Rick Price at his Wollongong performance in late October 2014.

Emily’s dedication to her music has grown and developed throughout her years of performing, with her first EP being released at the end of 2014. Working with producer, Matt Fell, Emily has been able to accurately represent herself as an artist, creating an EP that encompasses her energetic, fun-loving, creative personality.

Such is Emily’s motivation and determination to fully express herself musically, that it is only a matter of time and tenacity, before she arrives on the big stage.