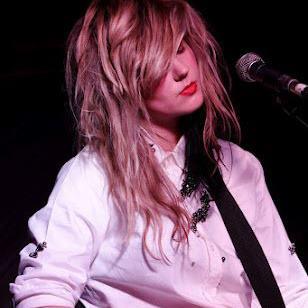 She picks her marks and makes them.

Abandoning her folk roots, Bec Sandridge’s newly anticipated studio record (produced by Tony Buchen) strikes a sound of new confidence. Her to-be fourth EP, ‘In The Fog, In The Flame’ is a sure and honest stamp in the indie-pop world. The record is driven by Sandridge’s distinctive vocal command, of which is supported by eighties sounding drums and synthesisers (reminiscent of eighties starlets Blondie and Kate Bush).

Though only twenty-four, Sandridge has joined the stage with some of the best (Passenger, Ed Kowalczyk / LIVE, Half Moon Run, Husky, Rachel Sermani) and her first single ‘Red Jumper’ can be recognised from the recent Dulux ad aired in cinema throughout Australia and the LA Complex, viewed worldwide.

Her new single In the fog, In the flames
Tags:
solo